The New DD15®: Redefining the Road

We’re going to be talking a lot about the new DD15® engine here in the coming months. That’s because this engine is ushering in a new era of reliability, durability, and performance. Reliability is the ability of a system to perform and maintain its functions in routine as well as in hostile or unexpected circumstances. Durability is the ability of a system to endure. The DD15 delivers on both fronts. As far as performance, the DD15 not only allows for great fuel economy, but also remarkable drivability. It’s responsive, quiet, and smooth.

The features and benefits of the DD15 are numerous, but let’s start with some of the major game changers. 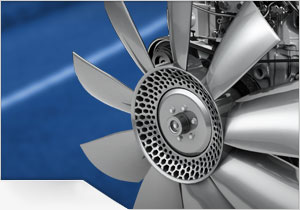 As you can see, the new DD15 is redefining the road. Our engineers re-examined then re-designed many features of the DD15 to reach this new standard. Open the hood of the Freightliner Cascadia Evolution truck and you’ll find an engine that delivers amazing performance, durability, and reliability.