From 2-Stroke to Today

Since our Redford plant opened in 1938, Detroit has been at the forefront of diesel innovation. Now more than 75 years long, our timeline features iconic engines, some of which changed the course of history. From 1938 to 2016, let’s explore the legacy of Detroit power.

With world war approaching, the U.S. military required an engine suited for tanks, landing crafts, road building equipment, power generation and more. Introduced in 1938, the Detroit Series 71 answered the call. A compact, lightweight, two-cycle engine, the Series 71 was highly versatile, available in numerous inline and V-configurations. Even more impressive was the 4,300-member Detroit team, which produced 57,892 Series 71 engines in 1943 alone.

As the on-highway truck market expanded following the war years, a new heavy-duty engine was needed to meet demand. Launched in 1957, the Series 53 was the first Detroit engine designed for on-highway applications. Offered in two- to four-cylinder inline and six- to 12-cylinder V-configurations, this reliable powerhouse proved ideal for military, power generation, industrial and on-highway applications. Shortly after the Series 53 introduction, the Series 71 was also made widely available to the heavy-duty trucking industry.

A turning point in the company’s history, this four-cycle, heavy duty icon remains one of the best-selling diesel engines of all time. Designed to meet demand for more fuel-efficient heavy duty engines, the Series 60 incorporated breakthrough technology, such as integrated electronic controls as standard, the first production engine to do so. Reception was immediate and remained strong, with more than one million sold worldwide by 2009. 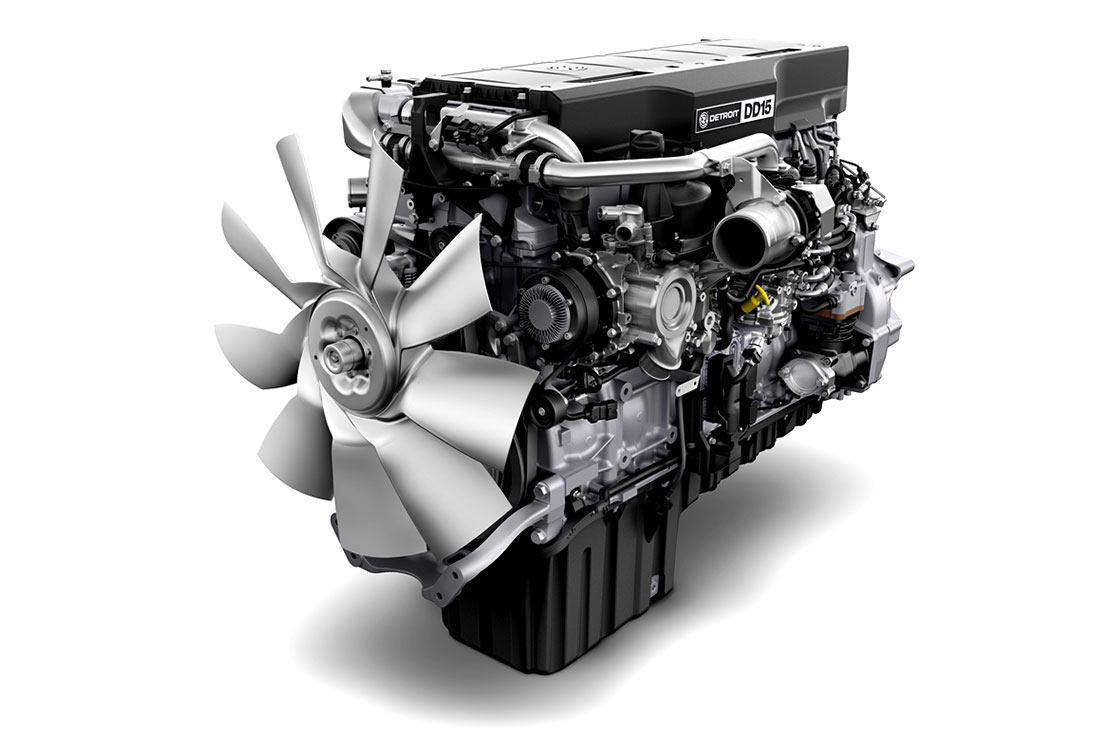 The early 2000’s saw an entirely new Detroit engine platform: the HDEP line. Beginning with the DD15, innovations like the ACRS fuel system, turbo compounding and advanced electronic engine controls provided a combination of performance and efficiency never before available. The introduction of the DD13 and DD16 followed shortly, each to strong market support. The 100,000th DD platform engine was produced in 2012.

As technology and the industry in general continue to advance, our dedication to producing the most powerfully efficient engines remains unchanged. It’s the spirit that built our past, guides our present and will power Detroit well into the future.