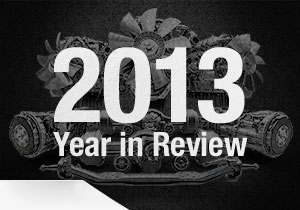 It was an amazing year for Detroit™, full of milestones, events and revolutionary new products.

Here are some of the highlights:

As you can see, it was a big year for Detroit. As we look back, we are grateful for the support we received from our wonderful network of dealers, customers, parts and service technicians, employees and community leaders. Thanks! We couldn’t have done it without you!